Yuuichi
Part of creating a successful harem is getting all the constituent members used to the idea of being just one member of a group of girls, and so it was today that I decided to bring together Shiori, Kaori, Ayu and Nayuki under the pretence of holding a birthday party. Happily, this event went off without a hitch, with even Kaori gelling together with the group- only a harem master such as myself could have engineered such a meeting without any fears of jealousy or friction between the girls. 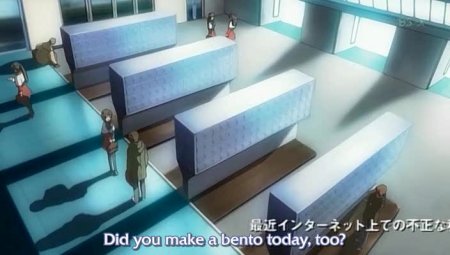 With Mai and Sayuri now out of the picture, I have had to rely on Shiori to make my lunches.

Of course, given that Shiori may suddenly drop dead on the stroke of midnight on her sixteenth birthday, I gave her additional attention above beyond that showed to the other girls. Since she said that she could stay up late, I took advantage of that to make her into a real woman; perhaps the power of my love will even be enough to cure her illness.

I must also note that Kitagawa is slowly becoming a threat to me; he may be unappealing, but I cannot underestimate the power of his sheer determination. My only hope is to completely eliminate him as a rival by turning him HARD GAY. 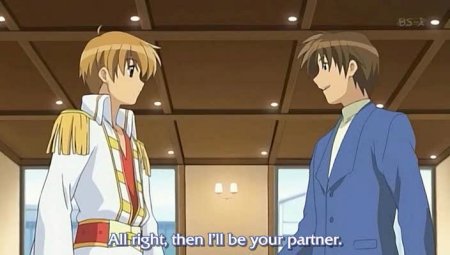 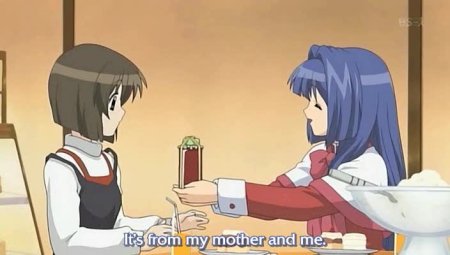 I cannot help but laugh evilly, for at long last, my plans have come together in a way that even Death Note’s Light would be proud of. Thinking that I didn’t know her, Yuuichi invited me to Shiori’s birthday party, enabling me to get closer to her than I have ever done before. Thanks to this, I was able to give her a jar of Mother’s strawberry jam, laced with poison; no matter what illnesses she may or may not have, this jam should put an end to her life.

In the meantime, Kaori seems to have broken away from my influence and made up with Shiori; once I would have considered this a setback, but on reflection, perhaps I can encourage them to start a HARD YURI relationship and forsake Yuuichi once and for all.

Akiko
I am glad that Yuuichi has found a partner in Shiori, but I fear for her health; due to this, I gave Nayuki a jar of strawberry jam to give her- the jam contains a special substance which should boost her immune system and hopefully lengthen her lifespan. My only fear is that Yuuichi will tire of her anyway- he seems to get through girls so quickly.

Ayu
Today Yuuichi explained to me that although he loves me very much, he has other girls that he loves too, and that I should try to get along with them. He seemed worried that I might argue about this, but why would I? I’m happy that those other girls can see how great Yuuichi is- and I know that I will always be his favourite. 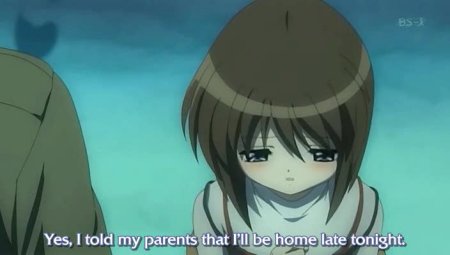 I have to admit that I have had a good time with Yuuichi this week, but now, as always, I find myself tiring of him. Once, I was so depressed over the prospect of having no screen time that I tried to slit my wrists, but after I met the main character, I realised that I should stick it out and wait for my inevitable arc. Those days of sitting out in the cold and pretending to be pathetic and ill certainly paid off, but now I must move on to my next conquest, whoever he may be. To that end, I have told Yuuichi that I cannot possibly see him again after my sixteenth birthday, because my ‘illness’ will magically take a turn for the worse and make it impossible for me to go out. 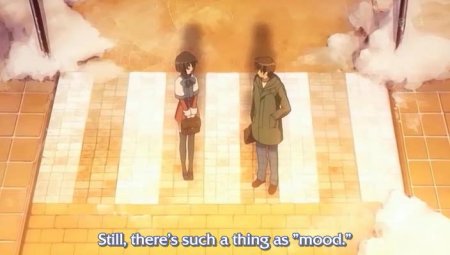 Men do not understand that you can’t just take off your clothes and do it anywhere.

Kaori
Nayuki, I know you think I have gone back on my word and forgiven Shiori, but even though I have not yet explained my plans to you, I have done no such thing. Instead, I have pretended to forgive her so that I can get close enough to her to gain both revenge and screen time. Thanks to my former cold treatment of her, she will eagerly rush to me when it appears that I have forgiven her, and then I can slip the proverbial knife into her back. 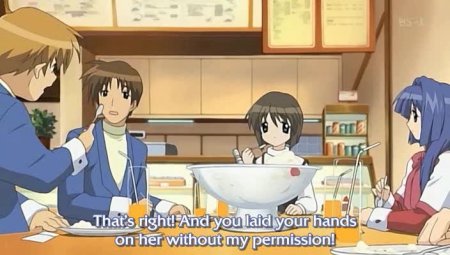 Today I accompanied Aizawa to Shiori’s birthday in an attempt to get a look at all the girls that will be coming my way once my arc begins. Since I have to admit that the number of episodes remaining is ever decreasing, I did try to advance my arc by attacking Aizawa and putting him out of commission, but he was somehow able to defend himself. Oh well, I’m sure the producers won’t mind running to a second season in order to accommodate me.

This entry was posted in Kanon and tagged Kanon. Bookmark the permalink.