Ten Worlds I’d Like to See in Kingdom Hearts 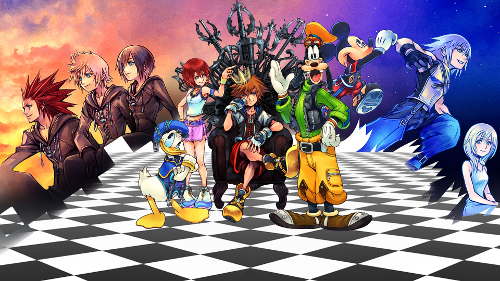 Since 2002, Kingdom Hearts has transported us to a universe filled with different Disney worlds. Sora and his friends have travelled far and wide, but there are yet more places I really hope the series eventually visits one day.

Before The Lion King came along, this was my favourite feline-based Disney film. Just as with his visit to the Pridelands, I imagine that Sora would be turned into a cat himself, so that he could help O’Malley protect Duchess and her kittens. Climbing and jumping would be the order of the day.

Whilst I never really enjoyed this film – and not for want of trying – I still think it might make a fun world to explore. The evil Sykes could be in league with the villains of the game, forcing Sora to team up with Oliver and the dogs to fight back.

Shrink Sora down to the size of a mouse, and you have the makings of not one or two great adventures. Either Rescuers film would make a great story for Sora to join in with, with plenty of larger-than-life villains to fight against.

Hidden deep within the code of Birth By Sleep is the world of The Jungle Book, but unfortunately, it never made it into the finished game. I’d love the chance for Sora to help Mowgli, Baloo and Bagheera fight Shere Khan, and to generally have fun in the jungle. An alternative approach to having a standard world would be to do something in the vein of Atlantica in Kingdom Hearts 2 – a world of pure rhythm game based on the musical style of the original film (but without the outrageous licensing fees of using the original songs).

For such a popular film, Frozen is actually pretty good, and it would make for a great world to explore. Imagine having Elsa on your team, and being able to use her ice magic to solve puzzles – making bridges, freezing water and stopping enemies in their tracks. Obviously Hans would be controlled by the main enemies of darkness, necessitating some grandiose boss battles against him and the villains of the piece.

Lady and the Tramp

Sora would turn into a dog to help Lady and the Tramp fight against the dark forces threatening Lady’s humans. With a range of canine allies to help, Sora must fight evil Siamese catsand monstrous rats controlled by darkness, if he is to save this world.

Now that Disney has the rights to the LucasFilm franchises, this is a possibility that wasn’t on the table when Kingdom Hearts began. Imagine teaming up with Indy to explore ruins and find legendary treasures – probably with all mentions of Nazi opponents and holy relics excised. Nonetheless, the Temple of Doom would make a good dungeon to explore.

Join Joy and Sadness in exploring Riley’s inner world and its many islands. The world of Inside Out looks great on screen, and would surely be fun to play around in. Instead of adolescent angst and the stress of a house move eroding Riley’s childhood, this time it would be the forces of darkness – but with the important lesson about growing up preserved for both Riley and Sora.

Another Pixar world – Sora could start off on the trash-filled ruins of Earth, before being transported up to the spaceship with Wall-E and EVE. As Sora fights robots and automated security systems, he must purge the darkness residing within the main computer so that he can help the human race get back to planet Earth.

Sora teams up with Robin Hood and his Merry Men to help save Marion from the evil Sheriff of Nottingham. There has to be at least one special move involving archery, as well as plenty of battles both in Sherwood Forest and in the town. King John should make an appearance too.