The Shin Megami Tensei series and its spin-offs are often packed with various demons from numerous mythologies. It’s a lot of work for any designer, and so it’s no wonder that the finished products often vary in aesthetic quality. For every majestic, awe inspiring beast, there’s something that looks, well, downright disturbing. In this article, we pick out eleven of the dodgiest looking demons. 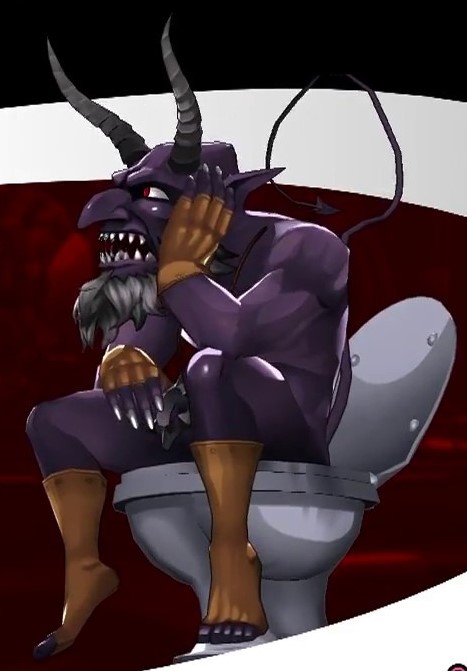 Whilst hardly an attractive fellow on his own merits, Belphegor would be an unremarkable entry into the SMT universe, if not for the fact that he usually appears sitting on the toilet. In the Persona series in particular, what does it say about a person if one of the deepest facets of their psyche is represented by a demon taking a dump? 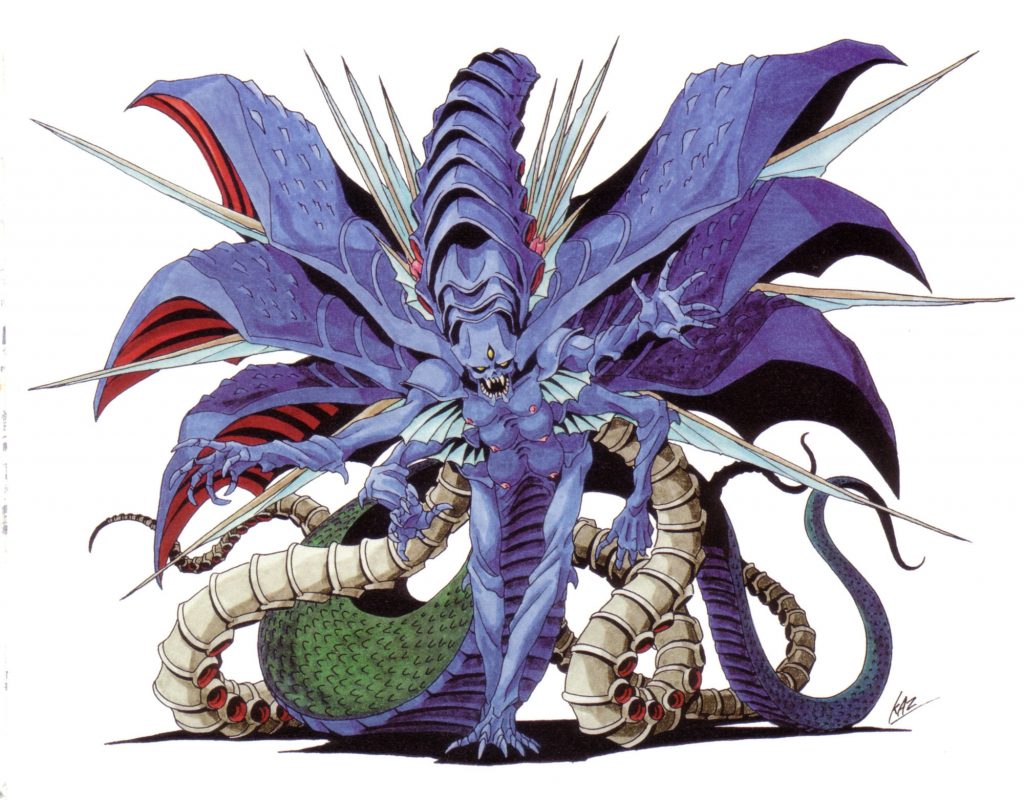 Okay, seriously, what is going on here? Obviously you want such a high profile demon to look imposing, but this is just twisted. Start with a blue version of the Alien queen, embellish with any and every variation of a limb that you can think of, then double the number of limbs just to be sure. And then, to top it off, add in six breasts, just because you can. This is the stuff of nightmares. 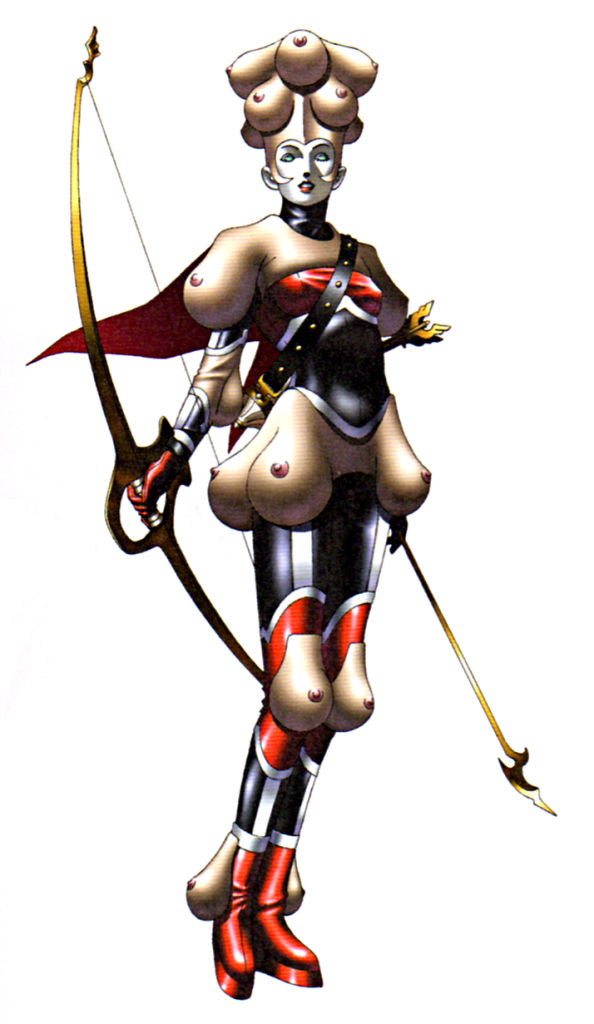 This design just defies explanation. I like a breast as much as the next person, but there’s a time and place for them. Diana ignores all these rules, and has excess breasts attached to her ankles, knees, waist, shoulders, elbows and head. Are they part of her body, or just fake breasts sewn onto her costume? In many ways, such a debate doesn’t matter, as the outcome is equally horrific. 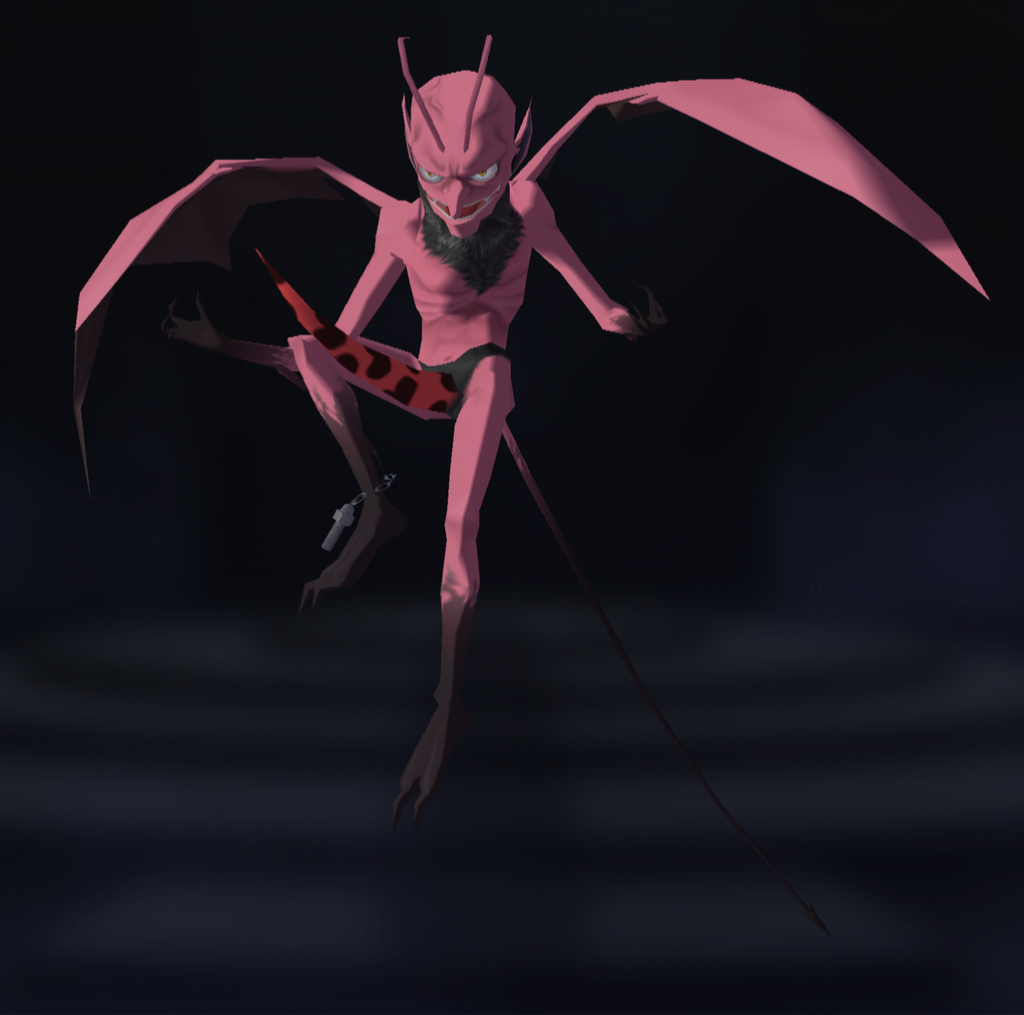 Given that the role of the incubus is to rape human women, it’s no surprise that he would be in possession of an oversized member. In the SMT instance, however, not only is his penis particularly prodigious, but it’s encased in a tasteless red and black leopard print codpiece. What’s even more surprisingly, however, is that this design made it over to the West intact without any kind of airbrushing.

Mara is infamous amongst long-time fans of the franchise, and it’s easy to see why. Mara is essentially the product of a tortured mind, being as it is a giant penis with a mouth and tentacles, which rides around on a chariot. I repeat, it’s a giant penis on a chariot. You cannot even pretend that it’s trying to be anything else. 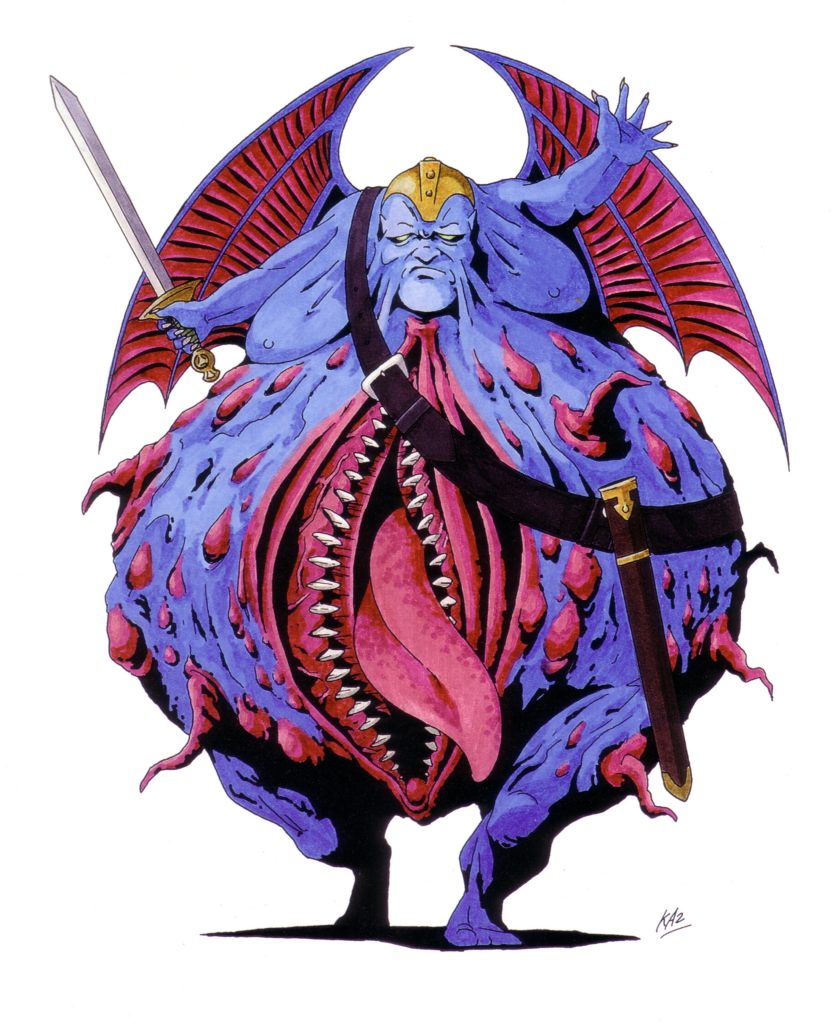 In the original pilot episode of Star Trek, The Cage, it is revealed that the beautiful Vina is not all she seems – she was reconstructed by aliens who had never seen humans before, and thus is horribly disfigured. Similarly, Arioch looks like something constructed by alien who only had the vaguest idea of what a human might look like.

Since it lacks a neck, Arioch’s arms, breasts and body are all attached directly to the head; we can tell how wrong this is from the profusion of stretched and wrinkled skin. The body itself is a thing of horror, covered in fleshy protrusions and short tentacles. And, to top it all off, Arioch sports what appears to be a hideously mutated set of female genitalia, with teeth lining the labia and a massive tongue protuding from within. Sleep well. 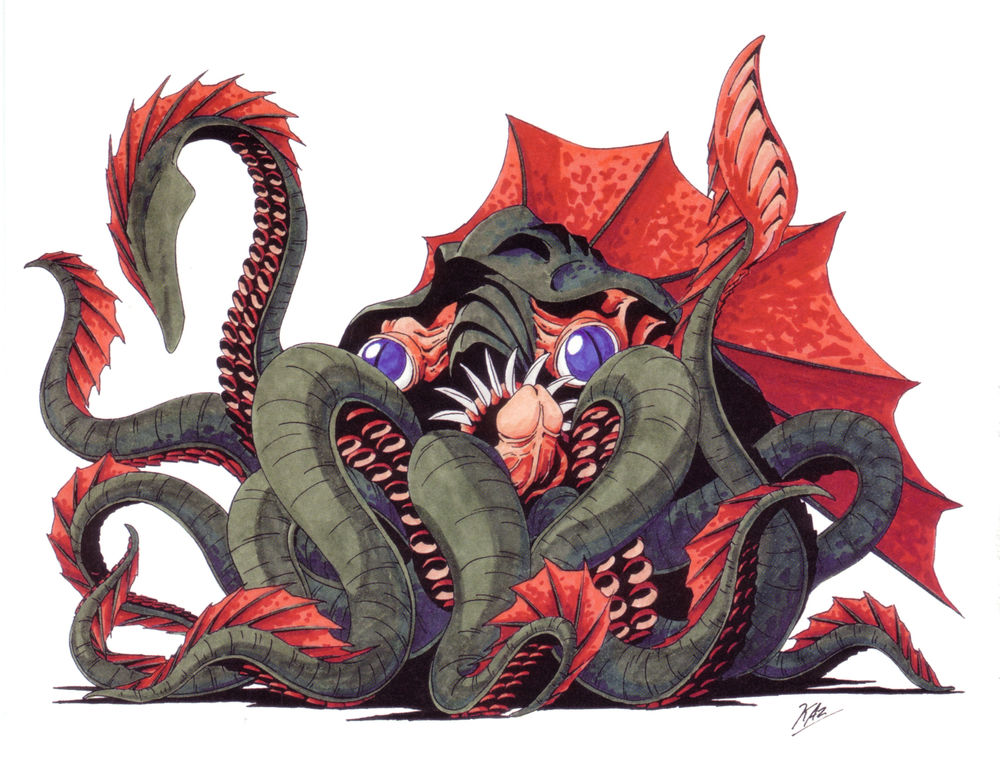 HP Lovecraft’s creation has entered our collective consciousness to the extent that no one is surprised about the number of tentacles seen in his various depictions. But what no one can explain is why his SMT II incarnation also features a penis-tongue emerging from his mouth. I guess it’s those little flourishes that separate the good artists from the great ones.

Mishaguji’s appearance has changed a little over the years, but one thing has always remained the same – it has a penis for a head. Let me just repeat that for effect – it has a penis for a head. Okay, so it’s not quite as horrific as Mara, but it’s still pretty hideous. Especially when you throw in the fact that said penis-head seems to be emerging from a mane of pubic hair. 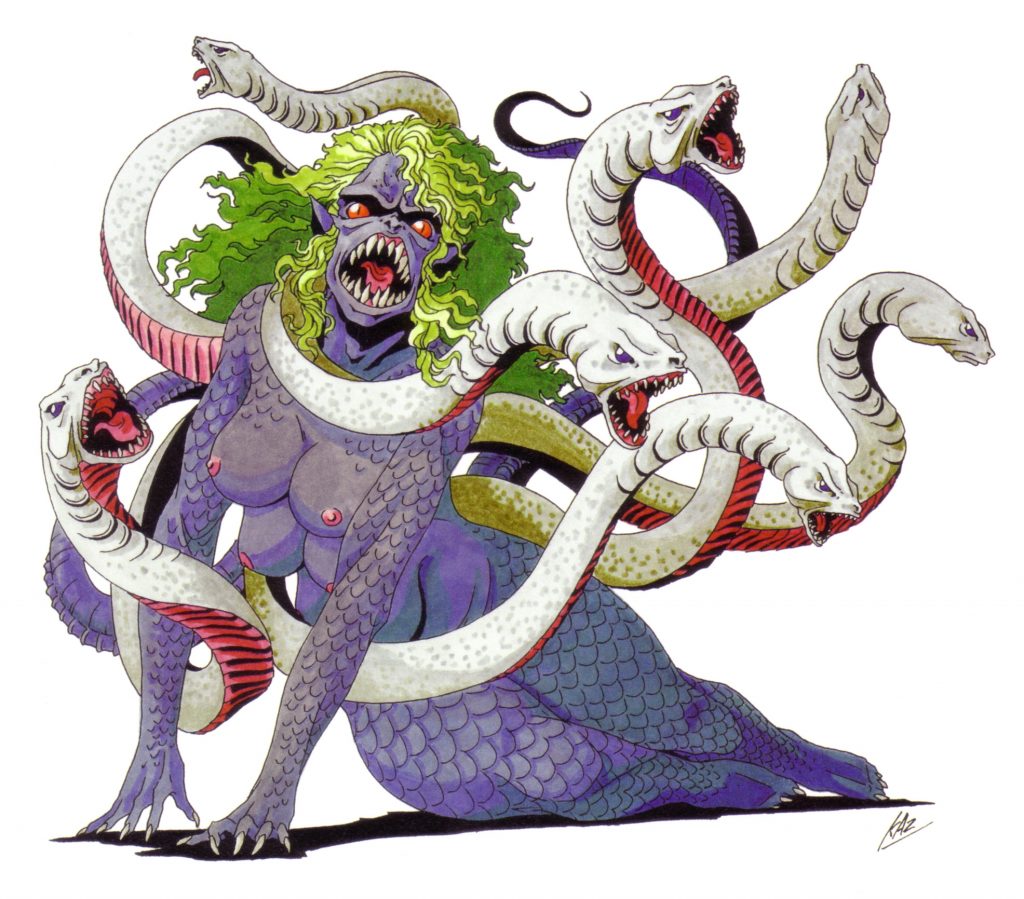 Tiamat is usually portrayed as a dragon, but SMT of course decides to go its own way. Another card carrying member of the six-breasted, blue skinned club, Tiamat’s hideous face is also framed by a large number of snakes. No, they aren’t penises, but it’s not a great leap to see them as phallic accessories. 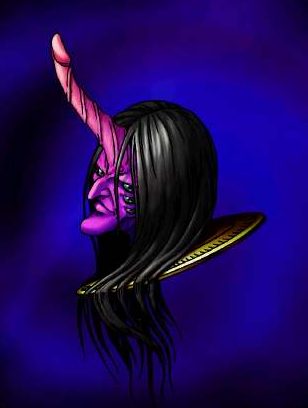 Rahu hasn’t appeared in many SMT games, but the first time he shows up, he has a rather unusual face. No, it’s not the extra sets of eyes – it’s the erect penis emerging from his forehead. Just look at those thick veins.

This entry was posted in Games and tagged Persona, Shin Megami Tensei. Bookmark the permalink.