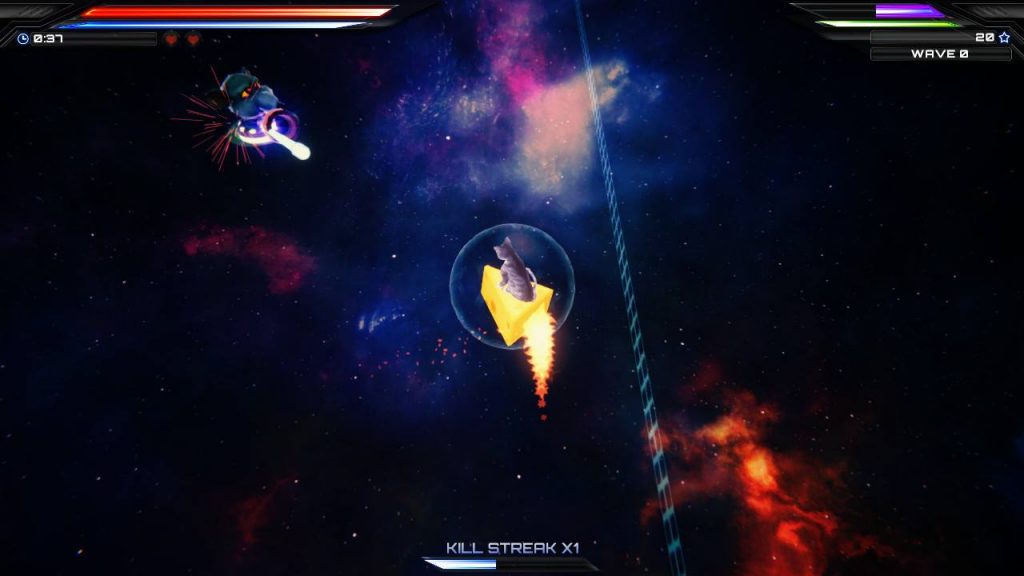 Last week, I saw an intriguing article on My Nintendo News, promising that a game called Spacecats With Lasers would be heading to Switch the following week. I was immediately excited – I love cats, I love space, and the idea of being a spacecat shooting things up with lasers immediately appealed to me. I was well aware that I was probably just being suckered in by the name, but I reassured myself that the screenshots looked sufficiently exciting.

Flash forward a week, and I duly paid Nintendo my £4.49 for the privilege of downloading the newly released Spacecats With Lasers. I could barely wait for the download to complete – after all, this game was going to be nothing short of awesome. Sadly, the truth was somewhat more disappointing.

Twin-stick shooters are ten a penny these days, and it takes something special to really stand out from the crowd. As it turns out, letting you play as a cat riding atop a slab of cheese is not enough of a gimmick to make this game worth investing in.

If anything, the game feels a lot like someone tried to have a punt at making money off their “my first twin-stick shooter” programming project. The gameplay is pretty par for the course and nothing special – the most exciting part is picking a powerup at the end of each wave. The gameplay arena is just a featureless region of space that feels very closed-in. Enemies get a bit more interesting as you progress, but the pace never felt as exciting and frantic as I’d inferred from the screenshots. 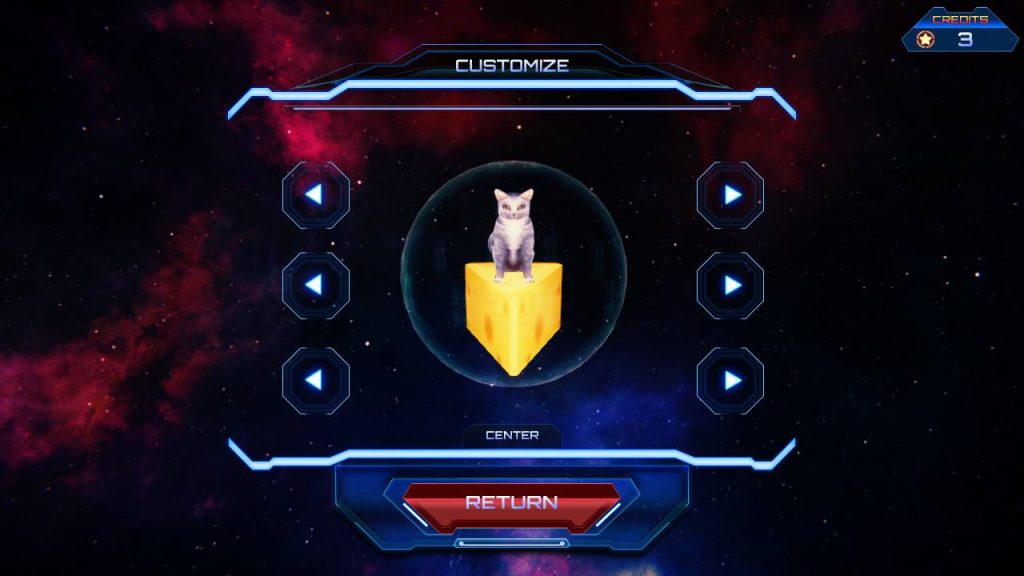 After one go at Spacecats With Lasers, I honestly felt like I was done. The only reason I played again was because I needed to earn more stars to customise my avatar. There are a few options available here – you can change the colour of your cat, give them an amusing hat, or let them ride something other than a wedge of cheese. You’d think it would be relatively easy to add replay value by offering loads of customisation options to buy, but actually there are only a handful of options. I really wanted to turn my spacecat into a tuxedo cat, but the only colour options are three different shades of tabby.

Even though I only paid £4.49 for this game, I definitely feel like I didn’t get my money’s worth – especially as it turns out that the Steam version is a mere £1.99. If this game has taught me anything, it’s to be less impulsive when it comes to picking up titles like this.

This entry was posted in Games and tagged cats. Bookmark the permalink.