Maquia: When the Promised Flower Blooms 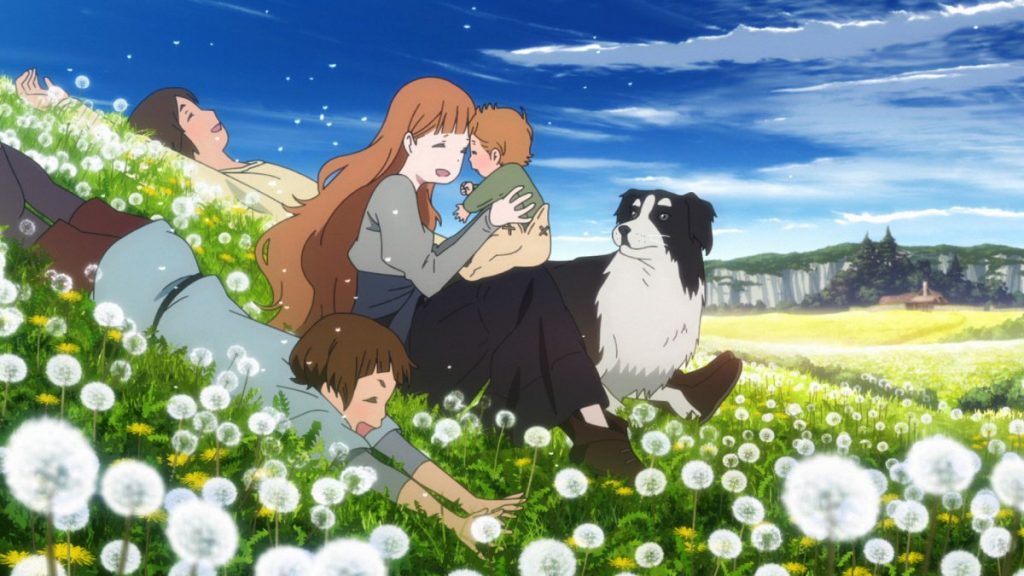 On a distant island live the Iorph – an ageless race of pale haired ethereal beauties also known as the Clan of the Separated. They spend their days weaving their thoughts and memories into a special cloth as Hibiol, and keep themselves strictly detached from the outside world. But for lonely orphan Maquia, everything changes the night their village is attacked. Maquia finds herself stranded in the outside world, where she rescues a human baby from his dead mother’s arms and decides to raise him as her own. As the years pass, her adopted son grows and matures, whilst Maquia does not. Can their relationship really endure the vast disparity in their lifespans?

Going into watching this film, I didn’t know a great deal about it – only that it had generated some positive buzz among the critics and on Twitter. With that in mind, my expectations had been raised. Unfortunately, after experiencing the film myself, I was left with some mixed feelings.

On the one hand, I can see where other reviewers are coming from. The world of Maquia is an immersive one, gorgeously detailed, with the story essentially told in a series of vignettes that jump from one decade to the next with little warning. Maquia herself remains ageless, eternally appearing to be fifteen years old, whilst the humans around her inevitably age and mature. At its core, the film explores motherhood and the challenges faced by women – the kind of deep and serious content that film critics adore. In Maquia, you have someone who has voluntarily chosen to become a mother, to adopt a child not only unrelated to her by blood, but from a different race with a different lifespan. Despite the gulf between them, Maquia never gives up on her son – not when she’s judged and criticised for seemingly being a teenage mother; when she has to keep moving to stop people noticing her agelessness, nor even when the growing disparity between their apparent ages strains their relationship to breaking point.

In contrast, we also see the story of Maquia’s best friend, Leilia. On the night the village was attacked, Leila was captured by the soldiers of the kingdom of Mezarte. For decades, Mezarte has relied on the military might of its dragons to defend its borders, but with the dragons slowly dying off one-by-one, they crave a new show of power. With that in mind, they set their sights on the Iorph women, intending to breed longevity to the royal line. Leilia is kidnapped and married off to the Mezarte crown prince – and by the time the Iorph attempt to rescue her, she is already pregnant with the prince’s child.

Unsurprisingly, it was this story element that left me feeling deeply uncomfortable for the rest of the film. Even though the deed takes place off screen, we can be pretty certain that Leilia would not have consented to marrying the prince and bearing his child of her own free will. If we were to examine this from a detached viewpoint, we could perhaps note that Leilia’s enforced motherhood is a direct contrast to Maquia’s chosen motherhood; maybe we could even applaud the film for trying to explore the topic of women’s bodily agency. And yet, from the moment the Mezarte soldiers are ordered to round up the Iorph women, I knew this plot development was coming, and I was not looking forward to it. Wasn’t Maquia’s own story unrelentingly miserable enough, without adding a pregnancy rape storyline into the mix?

Emerging from the other side of this experience, I knew I had been put through an emotional wringer. The visuals, music and story had all conspired to shamelessly manipulate me, and even though I was very much aware of what was going on, I couldn’t help but succumb to it. Thanks to the film’s exploration of themes such as loneliness, parenthood and inexorable change, I was left with a lot to think about. But did I enjoy myself? I’m not sure. And would I watch it again? Again, I don’t really know – part of me is drawn to spending time in that world again, and another part of me doesn’t want a repeat exposure to all that misery. Maybe once was enough.