The Four Musketeers get in their carriage and depart for Russia. Robin thinks back to a conversation with the Queen.

Marie: The stolen Psalm of the King is a very powerful key item. Those who acquire it can become boss monsters.

The carriage continues onwards and passes a cannon firing range.

Teillagory: These cannons are certainly strong and HARD GAY, but I prefer the elegance of ‘swordsmanship’.

Durand: Whatever the ‘weapon’, it is no doubt that from now on they will be pointed at us, the main characters.

Teillagory: I think I’ll take a nap in preparation for the action. My stamina isn’t quite what it used to be.

(Robin: I know- I’ll use this opportunity to get closer to d’Eon.)

Robin: D’Eon, what are you thinking about? Is it Lia?

The horses start feeling ill, and thus the carriages are stopped.

Durand: If this had happened when we were chasing Voronzoff, we could have caught him already.

D’Eon: Yes, but where would that leave the storyline?

Teillagory: Either way, the Russia arc was inevitable.

Saint-Germain: Through my magic CCTV observation powers, I know that the heroes are currently approaching Cologne. Do not worry, however, for everything is going to plan.

(Saint-Germain: Would it be overdoing it I laughed evilly at this point?)

The Four Musketeers enter Cologne. Durand talks to Teillagory about the city and the cathedral.

Teillagory: I like tall structures, for they are symbolic of HARD GAY. I hope I can see it when it is finished.

Durand: I wouldn’t get your hopes up.

Teillagory: You know what they say, you just have to want to see something in order for it to appear. 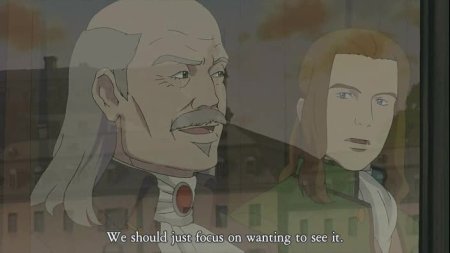 (Teillagory: Hopefully he will take the hint and show me his ‘sword.)

Durand: Ah, I see what you mean. There’s a good view of it from here. 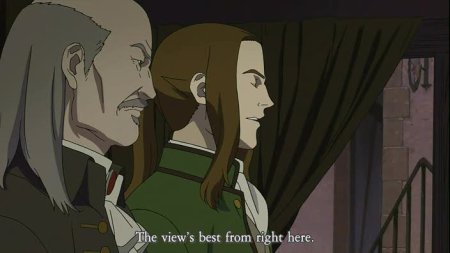 (Durand: We should have time for some quick HARD GAY before we get to the inn.)

The Musketeers finally reach the inn. Robin books the rooms whilst the innkeeper smiles at him.

(Innkeeper: I fancy some HARD GAY with him.) 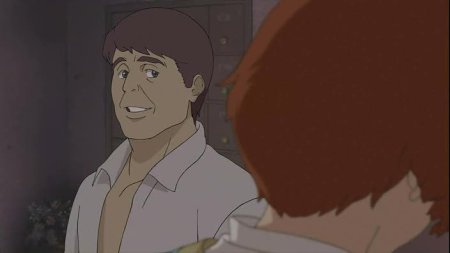 Durand comes over to the innkeeper.

Durand: Let me tell you something in confidence- Robin only has a short ‘pistol’.

Innkeeper: That’s good enough for me. 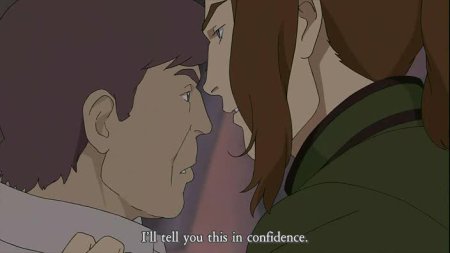 Meanwhile, a merchant, Giuseppe, tries to sell his special ‘lotion’ to a group of gathered ladies.

Giuseppe: Gather round, and see my amazing ‘lotion’! I made it myself using my special powers of ‘alchemy’. 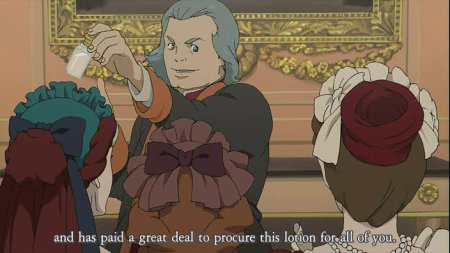 A woman, Lorenza, calls him away and they go outside to meet a generic.

Giuseppe: Gwakaka, although I was pretending to be an obscene old man, I am actually a minor agent of evil.

The innkeeper leads the Musketeers to their room.

Innkeeper: Remember, Robin, if you need anything –and I mean absolutely anything- just ask.

The innkeeper leaves, and Robin sits down the bed.

Robin: Just what I like to see, a nice soft bed. ‘Riding’ in a carriage really hurts my backside; I don’t think I’ll ever get used to it. 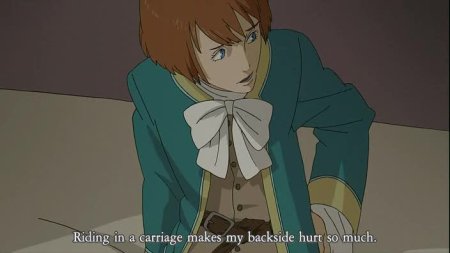 Durand: I’m sorry, but there’s no time to rest; you may not have noticed, but the innkeeper was actually evil. He was probably trying to seduce you to keep you off-guard.

Everyone heads back out again.

Durand: This place is evil; carriage driver, we must press on.

As the carriages head out, innkeeper and Lorenza check the room.

Lorenza: No one fails me and lives, because I am evil!

Lorenza tosses the innkeeper out of the window just as Giuseppe arrives.

Giuseppe: I thought I told her to stop killing underlings; we’re understaffed as it is. Now I shall open my magical transmitting diary and await Saint-Germain’s instructions.

Back in France, Saint-Germain opens his own magical diary and writes on the pages.

(Saint-Germain: Technology will take a long time to catch up to my magical books.)

The agents of evil receive his message.

Giuseppe: Lorenza, our orders are to apprehend the main characters. I didn’t see that one coming.

Lorenza: I shall use my feminine wiles to disrupt their HARD GAY.

Lorenza undresses and powers up. Words appear on her body.

Lorenza: Magical Psalm Powers! Give me control over dogs!

Dogs of evil (possible rejects from Ginga Densetsu Weed) stream through the city. Meanwhile, the Four Musketeers are forced to camp outside.

D’Eon: The forces of evil seem to be one step ahead of us.

Durand: All we can do is follow the plot and hope for the best.

Giuseppe and Lorenza get on a carriage and rides into the city.

The Four Musketeers scatter but soon come face to face with the dogs. A few slashes reveal that they are mercury-filled Gargoyles. D’Eon cuts through the HO letters on the head of one dog, and it finally dies.

D’Eon: Everyone, you get extra battle points for slicing through the letters!

Durand slices through the dogs and then turns to Teillagory, who is cradling his hat.

Teillagory: My beloved hat…the source of all my special powers! 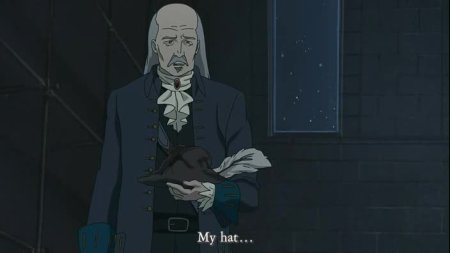 The dogs around Teillagory fall dead as Teillagory’s grief over his hat hits them.

Robin tries to shoot the dogs with his pistol, but cannot hit the letters.

Robin: Why am I so useless?

Durand throws a sword at an advancing dog, knocking it down and saving Robin.

Durand: See how superior I am when compared to you.

D’Eon stands at the centre of a circle of stationary dogs.

D’Eon: It won’t be sporting unless I wait for these dogs to start attacking me.

Lorenza: Power up the dogs surrounding the main character!

Lia takes over and swings her sword, creating a purple energy wave that strikes down the dogs of evil. She spots the boss dog hovering above, and goes after it.

(Lia: It is standing well behind the front lines, so it must be the leader.)

Giuseppe: Now that all our canine minions have been defeated, the fun is just beginning!

Lorenza: She is after me…I can feel the force of her HARD YURI passion!

Lia reaches the roof of the cathedral and advances on the boss dog.

The dog is easily defeated.

Lorenza: NOOO!!! My precious dogs! Why was I, a minor enemy, defeated so easily?

Giuseppe: Gwakaka, next time it will be my turn! 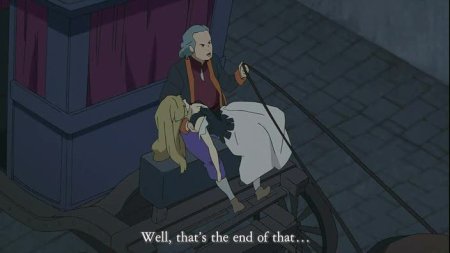 The other Musketeers join Lia on the roof as she returns to d’Eon.

D’Eon: We must leave this city tonight- they do not seem to approve of our HARD GAY. 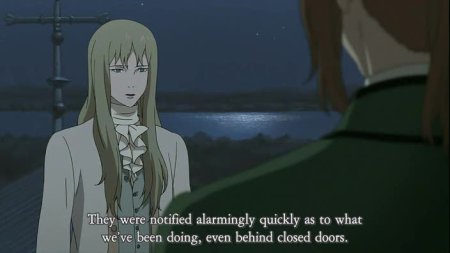 Next episode: more cross-dressing, and Russia is finally reached.