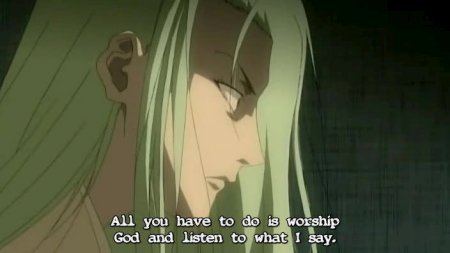 By virtue of recalling how dull a character Saber is, I’ve managed to get the need for Dark Saber and Maid Saber out of my system (not the one with the chair, the one that actually looks good), but unfortunately the figure wish list just keeps on growing. Aside from the expensive Feena which I’m still deliberating over, the current list includes the following (bear in mind that I have no idea who either of these characters are):

Aria the Natural 18-19: There’s no better tonic for washing away the ills of the day than a double dose of Aria, and as always, you cannot help but be drawn into the gentle world of Neo Venezia. Both of these episodes feature a refreshing change of focus by bringing Aika into the spotlight- eighteen sees her grow her hair out, only to burn it at a barbecue shortly afterwards, whilst nineteen follows her exploits after catching a cold. Even cheesy sentiments like “just be yourself” and the Aika X Al of the latter part of nineteen (I’m usually not too keen on this aspect of the series, but I am getting used to it) seem good in episodes of such excellence. 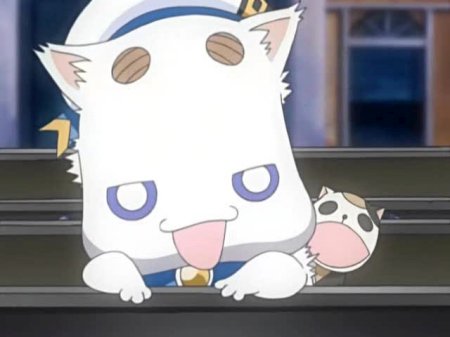 Bakumatsu Kikansetsu Irohanihoheto 7-8: Despite the near-laughable ridiculousness of having a ‘gwakaka’ class villain who controls a yellow ball of doom, Bakumatsu manages to remain strong in this pair of episodes, which seemingly conclude the Nakaiya arc. It may just be the atmospheric setting and the top notch animation, but Bakumatsu seems to have absorbed Chevalier’s quality of taking the near-cheesy and turning into something compelling.

Busou Renkin 11: More of an odds and ends episode than anything else, this instalment has the obligatory Flashback Mode section for Kazuki’s opponents, before wrapping up the fight and installing the twins as friends and rivals rather than outright enemies. Although he does look rather terrifying in close-up, Moon-Face makes a welcome appearance here, but just when are we going to see his face change to full- and what does it say about the series when this is the thing I am most looking forward to?

Kanon 12: Before I talk about the episode itself, I really want to rant about Yuuichi and Mai’s waltz (I’m assuming it was meant to be a waltz). I appreciate that neither of them had much dancing experience, but seriously, what was that? They were barely in hold, there was no rise and fall- even Squall and Rinoa did better. Anyway, with that out of the way, this seemed to be another pick and mix episode, combining elements from Ayu and Mai’s storylines, and seeing Yuuichi back to his normal sarcastic self. Kanon seems to have settled into a pattern of mediocrity by this point- it’s not particularly awful, but it hardly grabs the emotions in the way it is supposed to.

*DROPPED* Keroro Gunso 74: The time has come to accept the fact that Keroro isn’t going to get any better- in fact, if this episode is anything to go by, then it is steadily getting worse. A pick and mix of fifteen shorts, Keroro manages to once again take the tiresomely overused and grind it into the ground just that little bit more. No matter how enjoyable the series used to be, the time has come to accept that I must move on and stop subjecting myself to this sort of pain. 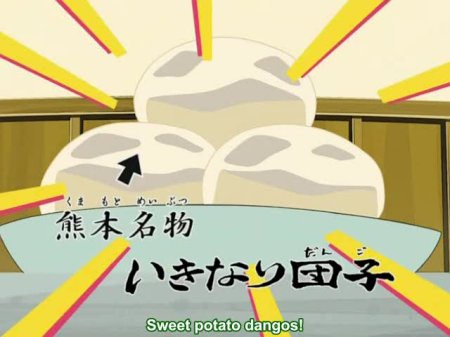 *NEW* Maria-sama ga Miteru OVA 1: HARD YURI, flower petals and overflowing angst- what else could it be than a new episode of MariMite? This 50 minute OVA episode sees Yumi accompany Sachiko to her summer villa, only to end up spending half the week in complete monotony, before the obligatory evil lesbian trio show up to spoil the other half- at least until everything comes right at the end. Unsurprisingly, it’s a little too overdramatic for its own good, and I couldn’t help feeling sorry for poor innocent Yumi as she grappled against both boredom and minor antagonists, but despite being annoyed with Sachiko’s attitude towards her petite-soeur at the beginning, it was good to see her acting like a real human being by the end. Overall, not something that needed to take fifty minutes, but reasonably entertaining nonetheless, if not up to the TV series in terms of both content and animation quality.

Red Garden 11: Red Garden is a title that has become synonymous with angst, and this episode is no exception; Kate angsts over her position in Grace, Rachel angsts over her relationship with her boyfriend, Claire angsts over finding a job (again) until finally going back to the very place she originally left, and Rose just angsts in the background. All hope of a coherent plot is slowly slipping away, but at least certain characters look as if they must soon turn evil and thus have to be beaten to death with Claire’s baseball bat.

Romance of the Three Kingdoms 36: Unfortunately, ROTK 36 isn’t as hilariously awful as some of the series’ finer moments, but watching four episodes in the space of a few days really can’t do much to promote the series’ (lack of) worth. I have to admit I’m at the stage where I’m getting bored of ROTK, but with just eleven episodes left to go, I can probably make it to the end regardless of how quickly it is subbed.

*SPECIAL* Rozen Maiden Ouverture 1-2: I deliberately kept my expectations low for this OVA, and perhaps that it was just as well, since it wasn’t terribly enthralling. Instead of answering the numerous questions raised by Traumend in particular, this OVA just confuses the issue even more- in fact, I plan to write an article about the flaws of Rozen Maiden in the near future. Story-wise, the OVA chronicles the first meeting between Shinku and Suigintou; in principle, such a tale should be interesting, but unfortunately, I was distracted by the various contradictions and plot holes that I have come to realise exist in the Rozen Maiden universe.

*DROPPED* Hataraki Man 2: I wanted to give the manga a chance to see if it was any better than the anime, but unfortunately, it wasn’t. This instalment resolves the corrupt minister story started in chapter one, but unfortunately most pages are a combination of a headache inducing layout, forgettable characters, and dialogue that barely makes sense. This series is definitely one to miss.

*COMPLETE* Mai-Otome 36-44: It may have necessitated reading an entire volume in one sitting, but at long last, the Mai-Otome manga is over and done with (at least until the Zwei manga is translated). Fanservice in every sense of the word, this volume packs in F-cup breasts, HiME cameos, HARD YURI and a complete lack of any kind of coherent plot- just what you’d expect from this series, really. Following a fight against evil HiME and the final boss form of Sergey, everyone settles down to their lives as Manshiro’s harem members; the artwork may be good, but that’s about it.

REC 23-25: I have to admit that these last few chapters left me feeling a little uncomfortable- taking a previously likable character and having him commit what amounts to attempted rape was going too far even for a series that has always bordered on the adult. I can’t help wondering if the series included this simply because it is running out of ways to put stress on Aka and Matsumaru’s relationship; I’ll continue reading for now, but the series really isn’t going in the direction I wanted or expected.

Saiunkoku Monogatari 5: I’m desperate to see more of the SaiMono anime, but in the meantime, this chapter from the very first arc of the series will have to do. This chapter sees Shuurei realise that Ryuuki is not as stupid as he pretends, whilst in the background Ran and the others try to figure out who is attempting to poison Shuurei. It may be a healthy 45 pages, but it still feels far too short.