A Celebration of Natsume Yuujinchou 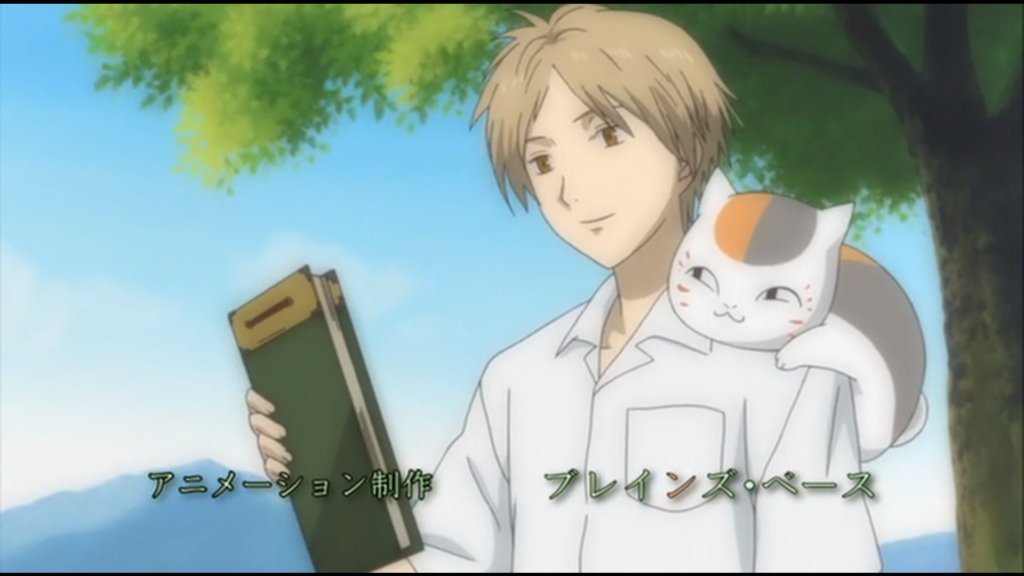 Natsume Yuujinchou, or Natsume’s Book of Friends as it’s known here in the West, has long been one of my favourite series. Over the years I’ve eagerly watched each anime series, and I’ve read all twenty-two volumes of the manga released in English so far. What’s more, I’m not even bored of the series – unlike various other series which start to get tired and convoluted after a while, Natsume Yuujinchou continues to deliver the same high quality stories as it’s always done.

It’s no secret that I love this series – back in the day I wrote favourable reviews of the first two series, and visitors to my house would almost certainly encounter my collection of merch dedicated to Nyanko-sensei, Natsume’s feline companion. But I felt compelled to write about it again after reading this article from Anime Feminist, discussing how the author sees the series as a positive allegory for living with disability.

In fact, that very same site has another article in which Natsume Yuujinchou is praised for being a positive allegory for recovering from mental illness, and in the comments section of the first article one person says they read the series as a story about being gay. Perhaps the true strength of the series is that, ultimately, it could stand for all of these things and more.

Stripped down to its core simplicity, Natsume Yuujinchou is Natsume’s growth arc, the story of how a wary outsider gradually learns to open himself up and make real connections. The Natsume we meet at the start of the series is shy and withdrawn. He’s learned the hard way that his ability to see youkai only leads to trouble- both directly, when the youkai come after him, and indirectly, because all of the adults around him thought he was a creepy kid and a wilful troublemaker. By the time he is taken in by the kindly Fujiwaras, he has learned that the best way to survive is to keep to himself and cause as little trouble as possible.

We can immediately see how this speaks to so many people and for so many different reasons. Anyone who’s had a reason to feel isolated and different – whether because of disability, family circumstances, mental health, sexual orientation or a myriad of other reasons – will be able to identify not only with Natsume, but with his coping mechanism. Having learnt that reaching out to people has only provoked negative reactions, Natsume has done what he can to minimise hurt to himself.

If early Natsume is a bud, then it’s through the course of his adventures that we see him slowly begin to flower. Although the individual stories of encountering youkai are episodic in nature, the ongoing thread of the series is not just about Natsume trying to learn more about his mysterious grandmother, but in maturing as a person himself. Over time, he starts to acquire friends from both the human and youkai sides of his life – something his grandmother never quite managed. We see him agonise about revealing too much to the people around him, or perhaps endangering them if they get targeted by a youkai. Ever so slowly, however, he starts learning how to trust and open up a little to the people around him. He realises that it’s okay to rely on friends like Taki and Tanuma, who have some knowledge of their own of the youkai world. He learns that the Fujiwaras care deeply for him, and even though they can never know about youkai, he can start to relax around them. As the mangaka herself comments in the sidebars of the manga, the Natsume we see now so much more open and expressive than the one we met in the early chapters. He still has some way to go – just as we all have room to grow and develop – but it’s still heartening to see how far he’s come.

It’s been over a decade since I first encountered Natsume Yuujinchou, but six anime seasons and twenty-two manga volumes later, I’m still enjoying it as much as ever. No matter what’s been going on in real life, taking time out to read a chapter or watch an episode always brings a smile to my face.

This entry was posted in Anime Appraisals. Bookmark the permalink.