Last week, I had a great idea which involved working on Tuesday Rumble over the course of the entire week, writing one article per day in easy to handle chunks. This morning, I woke up with the knowledge that I had not written anything for Tuesday Rumble, and would have to complete it all in the afternoon. No doubt next week will be exactly the same, but for a few hours I will pretend that it will actually be different.

The Future of School Rumble
Greetings, School Rumble fans! At the end of the second season of your favourite series, we, the producers of the anime, promised outright that School Rumble will continue. In the wake of this news, we were accused of not having enough ideas for a third season, and because of this, we have decided to publish our long-term plans for the franchise. I’m sure you will all agree that with this ambitious scheme, we can ensure that School Rumble not only runs for a third season, but can easily become a franchise that is still running long after our grandchildren have passed away from old age.

Thus far, School Rumble has primarily concentrated on the antics of class 2-C (with intervention from select 2-D and 1-D members), and I’m sure you will all agree that this is a grievous oversight. There are many more classes in the school, and I’m sure you’ll agree that each and every student currently in attendance must have fascinating story to tell. To that end, we will give them all the individual story arcs they deserve- and as they graduate, we will not hesitate to chronicle the lives of all the new students starting their first year.

That in itself would be an ambitious plan, but since we love our viewers so much, we have decided to go the extra mile and give you more. We are so completely and utterly dedicated to milking the franchise to death fulfilling the desires of our audience, that we are planning to produce several spin-offs, each designed to explore the most far flung corners of the School Rumble universe. Want to see more of the critically acclaimed adventures of Magical Girl Mai? Interested in what Akira gets up to in her more exciting part-time jobs? Perhaps you’re a Napoleon fan who wants to see the pig get his fair share of the spotlight? Fear not, because we will be catering to all your needs. Look forward to it!

Hogurashi
With Higurashi now having concluded, fans of the series must now look forward to the release of a new game based on the franchise, “Hogurashi”. Based on the game engine that makes UtaWarriors so unashamedly fun that I have to write about it at least once a fortnight, Hogurashi is an isometric scrolling beat-‘em-up with its own original story.

A herd of psychotic pigs has been let loose in Hinamizawa, and the only way to make the village safe again is for a named character to go outside and ruthlessly slaughter the rampaging creatures. Pick your character, equip your trademark weapon, and prepare to carve up some pork chops in over ten levels of hog-slaughtering carnage!

Using pioneering techniques, Hogurashi’s cutscenes seamlessly insert pigs into footage from the Higurashi anime. It’s almost as if the pigs were meant to be there in the first place!

Hogurashi, coming soon for PC- pre-order now to receive a free plush pig with your copy!

xxxHOLiC 22-3
The unthinkable has happened- Watanuki has turned away from his beloved Doumeki in order to spend time with a woman! Can Doumeki retrieve his beloved from the hands of this female interloper? 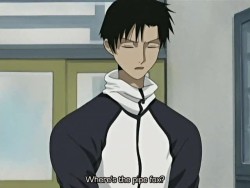 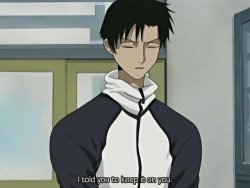 Doumeki requests that Watanuki bring the pipe fox spirit along for a kinkier HARD GAY experience. 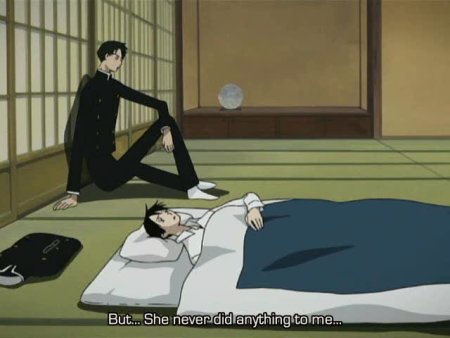 Despite Watanuki’s protestations that nothing happened between him and his new lady friend, Doumeki refuses to join him in bed. 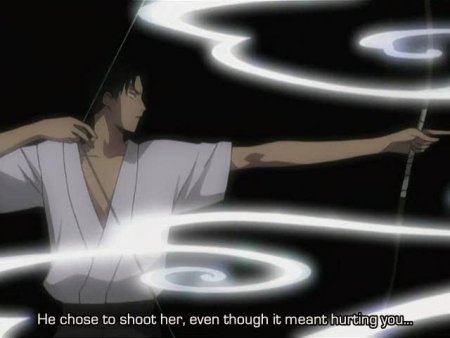 Doumeki dispels the woman by ‘firing’ an enchanted ‘shaft’. 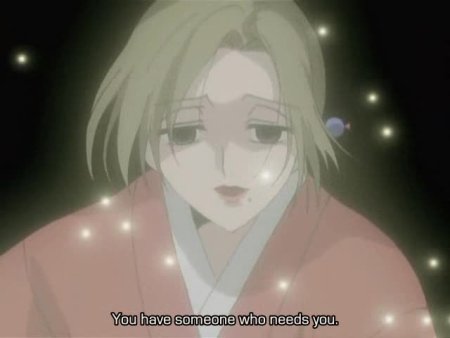 The woman realises that she cannot compete with the power of HARD GAY.

Ending of the Week: With School Rumble, Utawarerumono and Higurashi all turning out somewhat underwhelming conclusions, and Honey and Clover II only recovering a little of its lost brilliance in its final half-hour, the prize goes to Ouran for coming up with an ending that entertained me far more than I expected.

‘What the hell is this?’ Manga of the Week: There are many manga series that wander off into the bizarre or surreal at some point, but for this award, there can only be one winner- Natsu no Arashi. With each passing panel, the point of this manga becomes ever more unclear, so much so, in fact, that it seems unlikely that even the mangaka really knows what it’s all meant to be about.

Parody candidate of the Week: Excellent as they are, both SaiMono and Chevalier offer a rich vein of parody material, but none can match up to the sheer formulaic nature of Otogi-jushi Akazukin. Oddly entertaining despite its kiddy nature, Akazukin is nonetheless crying out for parody treatment.

OST gem of the Week: Two old favourites make it to the awards ceremony this week- The Melodies of Logic Must be Played Truthfully from Spiral and Eternity ~Memory of Lightwave~ from Final Fantasy X-2. Both are excellent tracks unfortunate enough to be associated with mediocre OSTs. 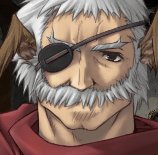 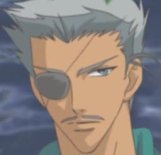 -Both have grey hair and wear an eyepatch over their right eye.

-Both are trusted lieutenants of their respective leaders.

-Both are family men (Genji has grandchildren, Ikutidal has a girlfriend and a child on the way).

-Both married outside their tribe (Genji is an Evinkuruga but his grandchildren have Shakukoporo characteristics, Ikutidal is a demon whose girlfriend is a human)

-Both ostensibly serve a rival or enemy faction but nonetheless aid the hero party at least once.

OST spotlight: Chrono Cross
Yasunori Mitsuda brings the full extent of his skills to bear on this outstanding game OST. Although it encompasses a variety of styles, Celtic-based themes are the most predominant, with notable tracks including Time’s Scar, Dream of the Shore Bordering Another World, The Brink of Death, Gale and Radical Dreamers. One of the best game soundtracks available.

The hilariously misdirected
“make your own tokyo mew mew character”- who actually wants to do this?

“nagareboshi gin game”- back for its second week on the list.

The confusing
“flame of rika”- typo of Flame of Recca, I assume, something I have never written about

“you toube”- it isn’t a proper week without someone searching for this.

“t”- making its debut on the internet, the letter ‘t’. Search for this elusive character to find out all its uses.