Meishou has always wanted to be a villain- just look at how he has perfected beard stroking, ominous predictions and witty comebacks. Now the true test is upon him- can he appear to be doing his utmost to enact his evil plans whilst ultimately waiting for the heroes to defeat him? Only time will tell… 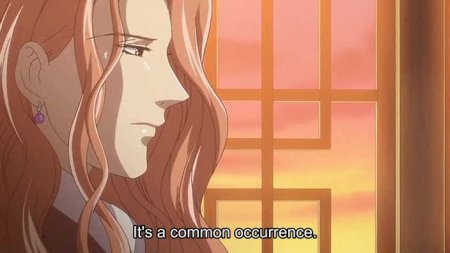 ‘Lin Senya’ (oh come on, don’t we all know he’s Sakujun by now?) argues that BI is not as rare as some may think. 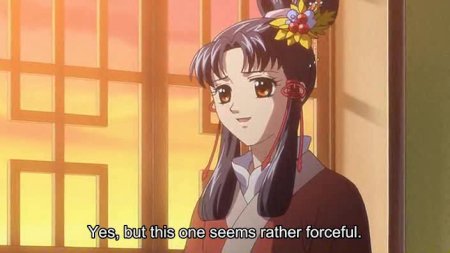 Nonetheless, Shuurei cannot help thinking that his methods could use a little refinement. 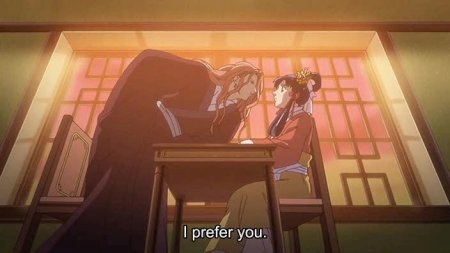 Sakujun argues that he must practise hard in order to have a chance of winning the heart of the main character. 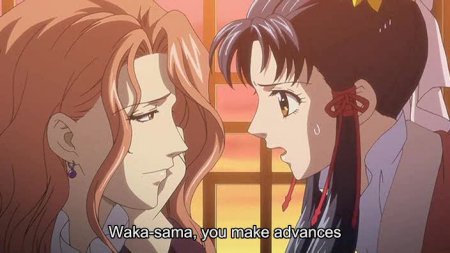 Shuurei is not interested in a man who seeks to control a vast harem.

“It’s just practise; when the time comes, I’ll be more selective about who to add to my harem.” 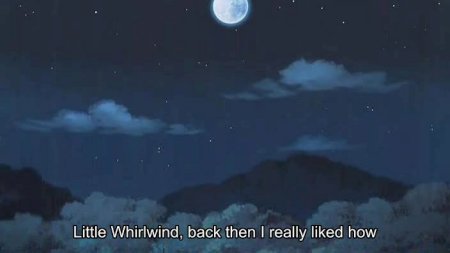 “All the other men wanted you, but only I got to have you.” 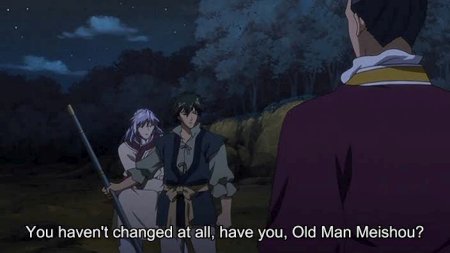 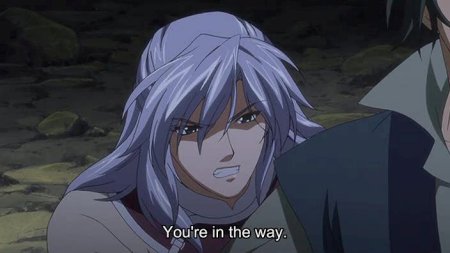 Ensei accuses Meishou of merely being an obstruction to his relationship with Seiran. 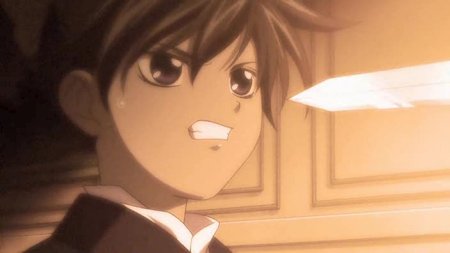 Meishou invokes a full Flashback Mode of the days when Ensei was willing to face his ‘sword’. 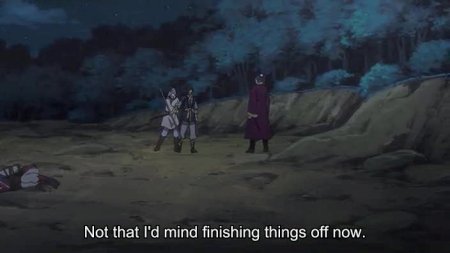 Although he wouldn’t mind some HARD GAY right now… 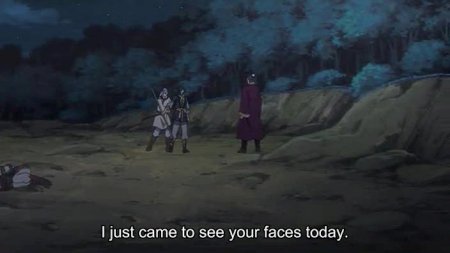 …he will settle for a look at his potential lovers. 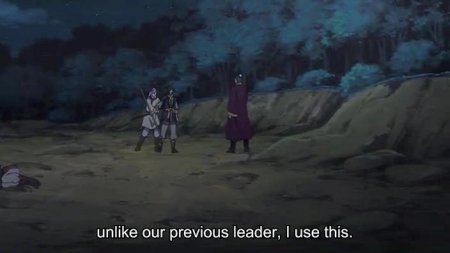 He even promises new HARD GAY techniques never before seen in the Sa Province. 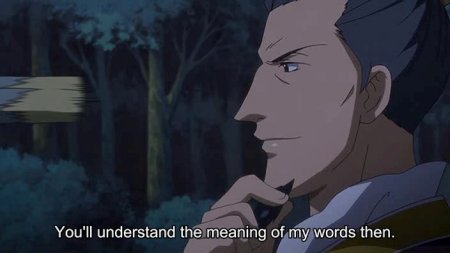 Note the beard stroking, essential for any man aiming to become a HARD GAY villain. 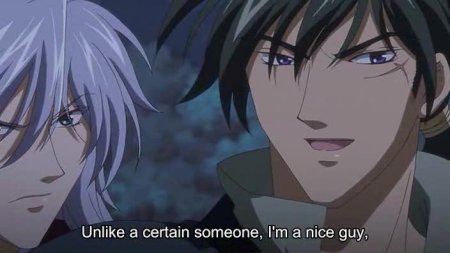 Ensei explains the secrets behind his relationship with Seiran. 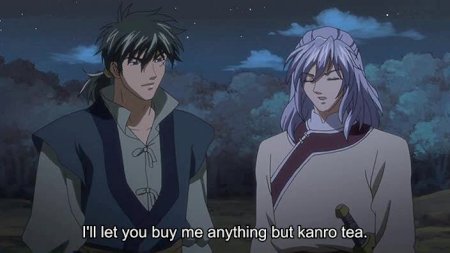 Once Meishou leaves, the couple arranges a dinner date. 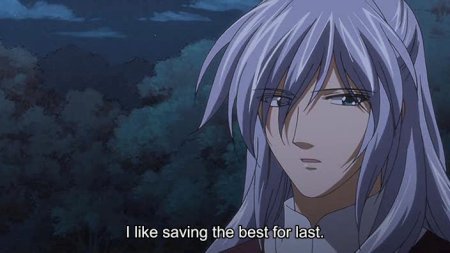 Conversely, Ensei is not a man to waste time in the bedroom.

Elsewhere, Kokujun is receiving instruction on HARD GAY from Eigetsu.

…although it can be embarrassing to ask for guidance from a younger man. 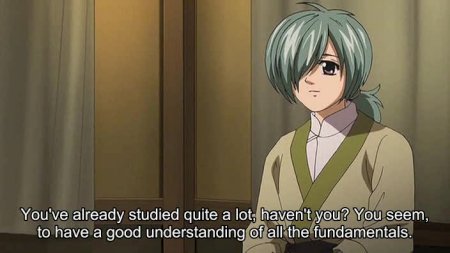 Then again, any man can learn those, if he’s left to himself for long enough.

In the end, it is nothing compared to true mastery of HARD GAY. 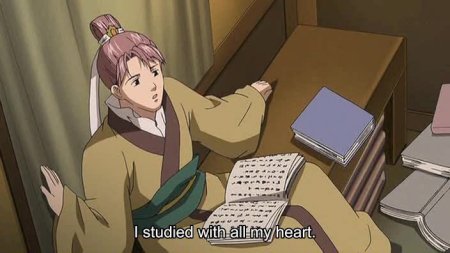 Eigetsu explains that HARD GAY did not come naturally to him, either; instead, it took a great deal of studying.

He was always careful not to rush.

In comparison, Kokujun has a long way to go. 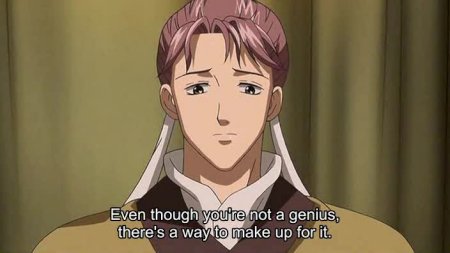 Nonetheless, Eigetsu is sure that he can still achieve a decent level of HARD GAY. 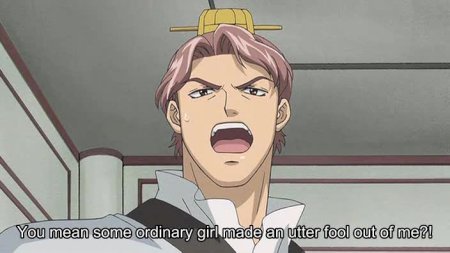 Soujun practises shaking his fist ineffectually whilst shouting “Damn you!”. 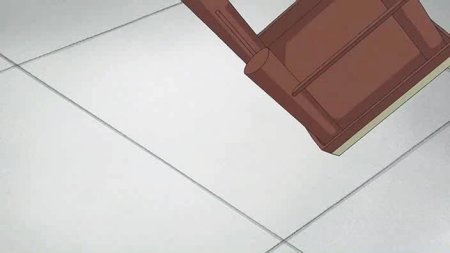 Wood is the first thing to fall victim to his wrath, for over the years he has learned many ways to subdue it. 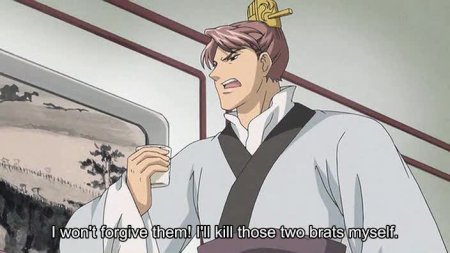 He is even feeling adventurous enough to take on a glass.

“Now, now, Soujun, we must follow the principles laid out in Fei Wong’s guide to villainy.”

“Can you really be unaware that you are just an insignificant mid-boss, Soujun?”

Ryuuren advertises the danger of walking in the rain whilst carrying seeds in one’s headgear.

This entry was posted in Saiunkoku Monogatari and tagged SaiMono. Bookmark the permalink.