Behold the magic of the scheduled post! Since I couldn’t bear to have a week bereft of Tuesday Rumble (or perhaps because I have too much to say and too little time to say it in as it is), the show must go on even in my absence. To make up for it, say hello to chibi Dii, the new ‘host’ of Tuesday Rumble (and no, he’s not a new writer, just something I drew) and wish me luck as I try to find two brain cells to rub together for my interview.

Meine Liebe Wurst
Welcome to the third season of popular bishounen series Meine Liebe- Meine Liebe Wurst! In the hallways of Rosenstolz, Lui and the other Strahl candidates are busy teaching Elmunt, Nicholas and Daniel all about being part of the HARD GAY inner circle, but unbeknownst to them, their old enemy Beruze is getting ready to strike again! Having enlisted the aid of generic Duke Munst, Beruze plans to launch his third attempt at taking the throne of Kuchen; can our heroes overcome their individual angst arcs and help Lui find a way to foil his latest evil plot?

Wurst includes some of the following exciting events-

Rozen Maiden Again
Prepare for more dolls, more battles, and more inconsistent plot points as Rozen Maiden also gains its third season- Rozen Maiden Again! When Souseiseki and Hinaichigo mysteriously wake up, the Rozen Maidens are gathered together for an announcement; last time was merely a trial run, and the Alice Game proper begins now. Unfortunately, a previously unmentioned rival from the school of doll-making that Rozen once attended has created his own army of Shadow Maidens, evil dolls of limited lifespan who can only attain true life by stealing the Rosae Mystica! Should the Rozen Maidens continue to fight each other, or should they ally to counter this new threat? 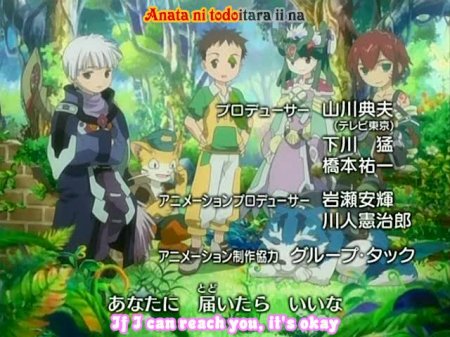 An all-male scene in the new OP heralds the start of a new HARD GAY era. 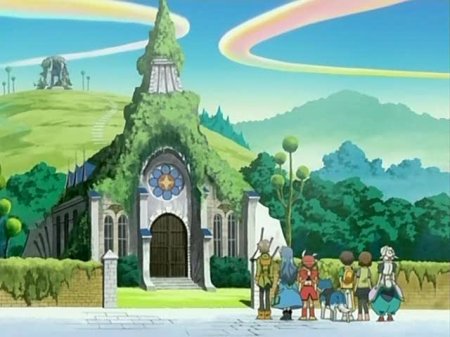 The party encounters a church that specialises in HARD GAY marriages. 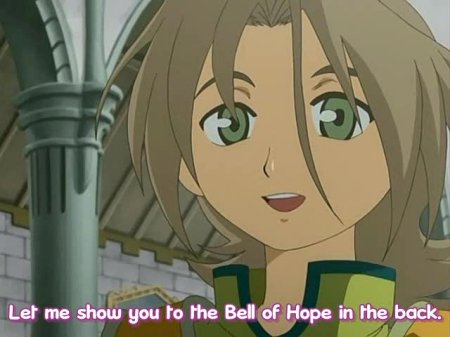 Souta quickly hooks up with a new partner. 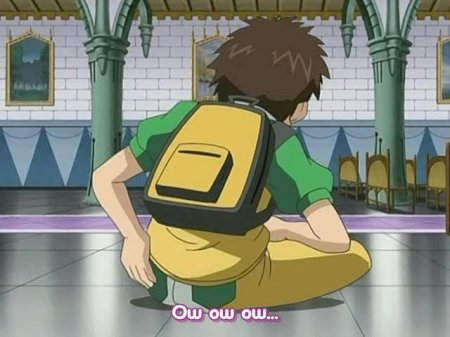 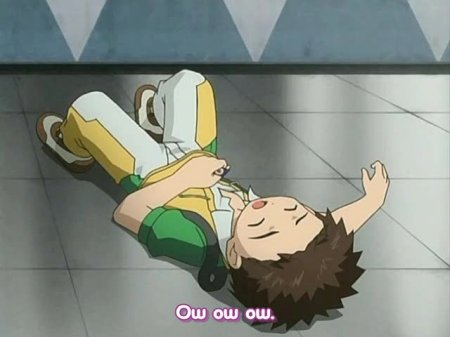 Unfortunately, as a HARD GAY virgin, his first experience is a little painful. 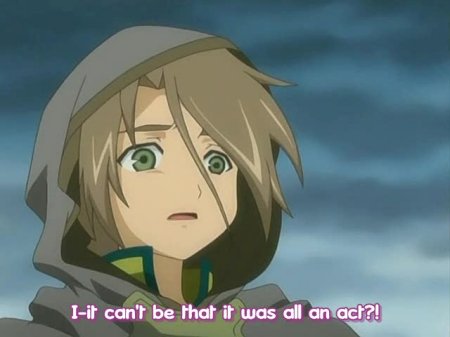 “What do you mean, you’re not really HARD GAY?” 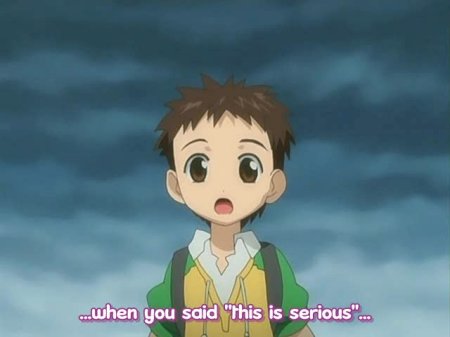 “…I thought we had a future together!”

Jed explains that the public response to Souta’s denial of HARD GAY has been unfavourable.

Lelouch uses his Geass on generics.

Lelouch: I command you to buy Pizza Hut.

The generics head off to buy Pizza Hut.

Lelouch: Everything is going as planned! By forcing everyone to buy nothing but Pizza Hut, I can cause an economic collapse!

CC: Plus it’s tasty and nutritious too.

Suzaku is sent out in his mecha.

Suzaku: I must stop Zero’s evil plans before all the pizzas are sold out!

Generics of the Week: Whilst the generic guards of Deltora Quest episode one deserve a mention, none of them can hold a candle to Sa Soujun of SaiMono. Since he is a named character, technically he should not qualify as a generic, but his reused character design and minor villain ways enable him to steal the prize from true generics.

Apples of the Week: Whilst poor Anton of Harvest Moon BTN finally gets a break with some free apples from his apple tree, Deltora Quest must be mentioned again for having a generic girl who longs for an apple.

Crude series of the Week: What else could it be than the nausea-inducing Busou Renkin? Male nudity, comparing sizes, Victor…somehow it doesn’t even have to try.

Tree Monster Honourable Mention: Just as they did in the OVA OP, tree monsters finally show up in Otogi-jushi Akazukin TV. 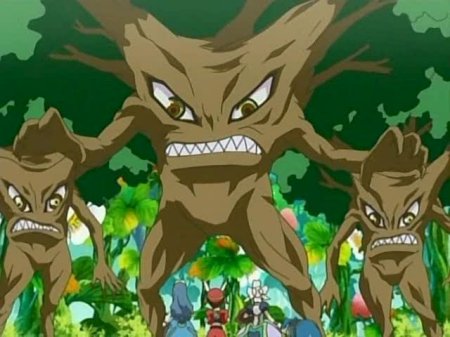 OP of the Week: It may be far from new, but Kare Kano’s Tenshi no Yubikiri still scoops a long overdue prize.

Raised by Gambino and introduced to the battlefield at an early age, Guts soon learned about the rough and intense HARD GAY that occurred there. Equipped with a sword more impressive than that of any other man, Guts developed a voracious appetite for HARD GAY, but unfortunately, his partners never survived for long, forcing him to continually move on.

The day he met Griffith and the Band of the Hawk was a revelation for Guts; apart from token female Caska, here was a whole new vein of HARD GAY males to plumb. In particular, Griffith was the one who fascinated him, for here at long last was a man who could match him in the bedroom.

Guts and Griffith shared many years of HARD GAY, but deep in Guts’ heart, doubts began to surface- did Griffith consider him as anything more than a mere plaything in the bedroom? Determined to prove that he was more than that, Guts left the Band, only to send Griffith into such despair that he even tried sleeping with a woman to take his mind off the pain of losing a HARD GAY partner!

Unfortunately, it was all downhill from there; after being imprisoned for months without a partner, Griffith’s frustrations became such that only the power of the Godhand could hope to relieve his throbbing libido. With this in mind, Griffith decided to shed his human body and enter a whole new level of HARD GAY. Now left behind but still branded as Griffith’s lover, Guts decided to set out a journey to meet the Godhand and undergo one last explosive HARD GAY encounter…

It’s been a week of announcements from FUNimation, of which I’ll focus on the ones that are relevant to me.

Mini-rant: Sensible, correct and the choice of all right-thinking people, or gimmicky, hideous and flashy?
Yes, for those who haven’t worked it out, this rant comes in response to ANN’s recent ‘unbiased’ poll about DVD subtitles vs. fansub subtitles. Now admittedly, at the end of the day, the most important thing is that the subtitles are readable, and there are technical reasons why DVD softsubs have such a basic appearance, but let’s face it- from an aesthetic point of view, that yellow is just ugly.

Of course, on the flip side of the coin, fansub groups can get a little overenthusiastic with flashy karaoke subs and the unnecessary subtitling of every single insert song, but at least their subtitles are more visually pleasing. There’s room for better fonts, colours, and the occasional effect to indicate telepathy or similar is a nice touch; flame me, if you will, but I even quite like it when different characters get different coloured outlines on their dialogue- it’s not that I need that to tell who is speaking, I just appreciate the attention to detail. It’s hardly as if it’s a new thing, either- subtitles on UK TV have been doing the same thing for years.

This may seem like a somewhat pointless rant since I haven’t even bothered to cover the accuracy of subtitles, translation of honorifics and the like, but that was never the point of this piece. All I wanted was to air my opinion that fansub subtitles are not the devil’s own work, and actually look quite good.

I forget who made this Saber, but although I got mine last year, a re-release is forthcoming. For some reason, this Saber is smaller than the average ⅛ figure, so either it has been mislabelled, or Saber is actually a midget.

In terms of detail, this figure is a lot more simplistic than my usual choice, and I have to admit that if it had come out a while after it did, I probably wouldn’t have bought it at all. In the flesh, it does look quite nice, and the boots, sword and hair are well detailed, but just like Saber herself, the main costume is a little dull. Overall, it’s a technically well done piece, but it doesn’t really have any great aesthetic hooks- were I buying a Saber figure now, I would pick Alter’s Dark Saber instead. 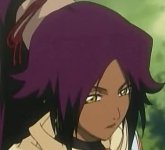 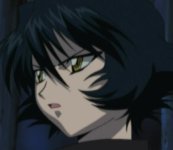 This week’s head to head is between Bleach’s Yoruichi and Shrine of the Morning Mist’s Koma. Both are beautiful young women and formidable fighters in their true forms, but each is first seen in their alternate form as a black cat. 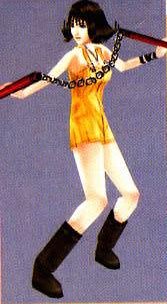 Admittedly, when you’re hanging out with the FFVIII crowd, you don’t need to have the greatest fashion sense in the world, but even by the game’s standards, Selphie leaves a lot to be desired. The main offender is, of course, that hideous yellow dress, although to call it a dress is a bit of a stretch when it looks more like a duster. Not only is the colour nothing less than hideous, but the lack of fabric is a poor choice for someone who hails from the cold country of Trabia. Even an attempt to add some variety through wristbands is a failure, whilst Selphie’s hairstyle could also use work- get rid of the curls at the bottom and either cut it or tie it back.

define:lolicon: what am I, wikipedia?

GAY PASS HACK: I can’t just give out free passes.

options21 not work: I’m very sorry it doesn’t work, but what do you want me to do about it?

harvest moon parody: “So today I thought to myself, I’ll just google for parodies of a farming game…and what do you know, I actually found one!”

2d battle maker: No, no, no, this is the isometric era.

Amusing Spam has been put to one side since I simply get too much to sift through it all for the good stuff.